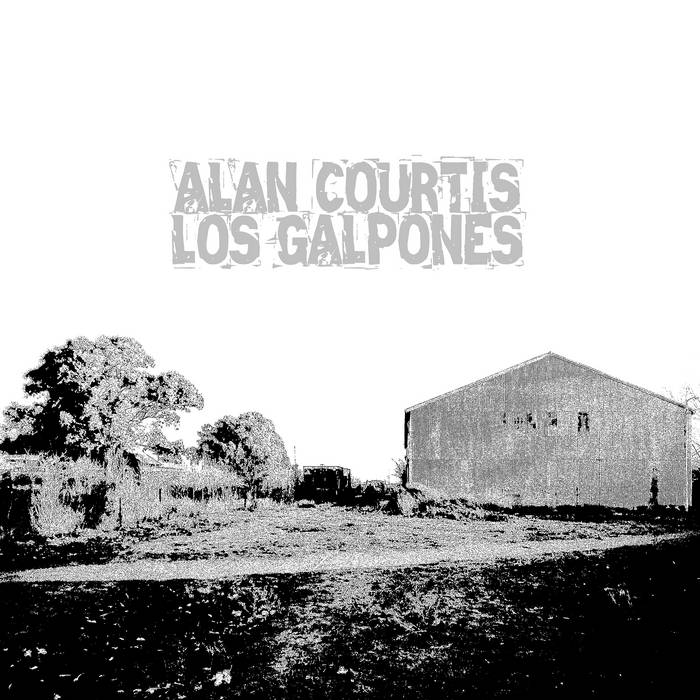 "Los Galpones" contains four dark and grimacing industrial-tinged drone pieces. Employing the electric guitar, the violin, springs and other found objects, Courtis creates a soundscape that is at times oppressive and dense. A reflection perhaps on the post-industrial urban landscape of his native Buenos Aires. This album should be played loud.

"Los Galpones" is the latest solo full-length release conjured up by the extremely prolific Buenos Aires-based composer Alan Courtis (aka Anla Courtis). Courtis has straddled the international noise underground and the academic-centered modern composition scenes since the early 1990's. As a solo artist, with the Argentine experimental group Reynols, and in collaborations with Pauline Oliveros, Makoto Kawabata (Acid Mothers Temple), Lasse Marhaug, Aaron Moore (Volcano the Bear), Okkyung Lee, and Daniel Menche among others, Courtis has amassed an impressive discography.

"Los Galpones (The Sheds) presents four sides of hermetic, claustrophobic tones coaxed from electric guitar, violin, springs and found objects. The results are glacial, deep, sonorous drones set against textures of scraped metal. “Aparcero” is a languid, patient piece that builds slowly, eventually overlaid with clipped, reversed sounds that feel like electric zippers. “Estiba” finds the rhythmic clang of deep gong-like tones emerging from a distance. Both sides frame a longer track against a piece about half the length of its predecessor, ensuring that the
formal and textural qualities are in concert." - The Wire Issue #393

"Los Galpones is a high point in Alan Courtis' expansive, ever-growing catalog. There is a bleak darkness, like a sense of urban decay to be heard throughout the album that he captures through the instrumentation and his guitar playing. It never comes across as forced or overly on the nose, though. Instead the performance and production captures this sensibility in a solely audio form. Make no mistake: Los Galpones is bleak and anything but uplifting in sound, but it is a bleakness achieved so adeptly that it takes on a distinct beauty all its own." Creaig Dunton - Brainwashed.com