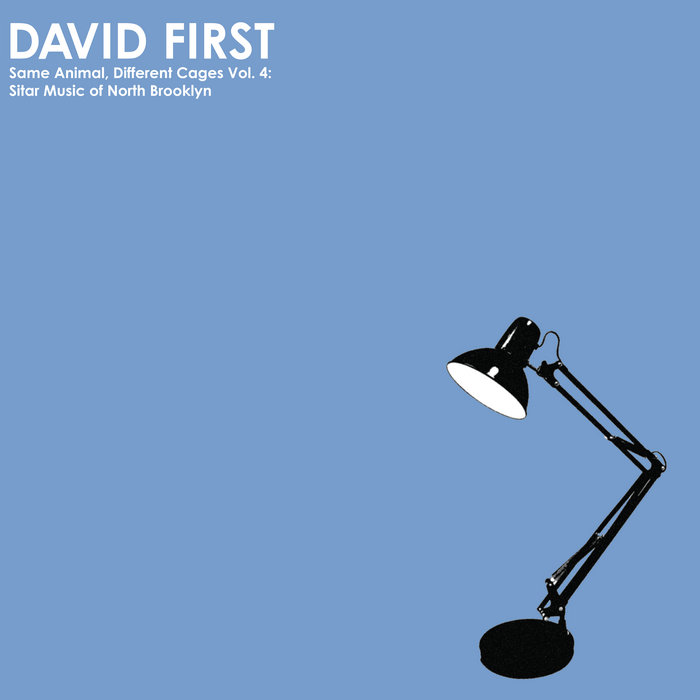 Will Faber This is music of much shimmering grain and verve. Sculpted compositions that speak such solid shapes. Favorite track: Sitar Solo 2.

Sitar Music of North Brooklyn, the fourth volume in American composer David First’s “Same Animal, Different Cages” series, is perhaps one of his strongest musical statements since he radically re-invented how to approach the acoustic guitar in volume one. While First’s sitar improvisations are engrossing and pleasurable to hear, easy listening they are not. This is First challenging himself and challenging you, the listener, to grapple with his unorthodox and experimental approach to this Hindustani instrument. Popularized in the West by Ravi Shankar and its incorporation into western rock and pop music by The Beatles and The Rolling Stones, the sitar can still be heard in some jazz, new age and psychedelic music. However, it is rarely featured in modern experimental music, where composers rely heavily on synthesizers and classical western instruments.

As he has demonstrated with this series, First’s exploratory improvisations are less about finding a melodic groove, locking into it and expanding on it, and more about bravely taking on the challenge of delving head-first into the unknown, purposefully avoiding the familiar, and thus creating something unexpected. It is musical experimentation in its purest form.

On this occasion First is joined on a few pieces by a percussionist, which adds a more rhythmic structure to the performances. While those pieces begin to resemble or remind the listener of Indian raga, they largely avoid classical Indian raga structure, a far more honest approach than attempting to co-opt, appropriate or jump on the classical Hindustani music bandwagon.

Much like he did with the acoustic guitar on Vol. 1, First uses the sitar, he doesn’t play it. I refer here to use as defined by the Merriam-Webster dictionary: “to carry out a purpose or action by means of”. First wields the sitar like a stonemason wields a mallet and a chisel, strumming and bending its strings while shaping sounds into the musical equivalent of a sculpture. A beautiful yet challenging sculpture, both enjoyable and aesthetically rewarding.

Same Animal, Different Cages is made possible in part through the generous support of the New Music USA Project Grant program.

If you like Same Animal, Different Cages Vol. 4: Sitar Music of North Brooklyn, you may also like: